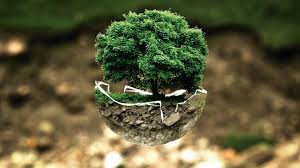 Green, green and more green. With both Mayoral candidates big on the environment and preserving green spaces, London in 2020 should contain more green spaces and trees than ever before. Just this week Zac has published an article in The Telegraph entitled ‘London’s green spaces are safer with me, not Sadiq Khan’, highlighting the extent to which the environment features as one of the top priorities for both Sadiq and Zac.

Sadiq has pledged to plant two million trees by 2020 including lining Oxford Street, which he hopes to pedestrianize and transform into a one and a half mile tree-lined walkway. Sadiq’s plans also include an extension of the ultra-low emission zone, banning the most polluting vehicles in most of the central zones one and two. Phasing out hybrid busses and replacing them with electric vehicles and banning heavy lorries from central London during rush hour also feature in his plans.

Should Zac be successful in May, by 2020 Londoners may well be passing many more electric minicabs and delivery vans under his pledge to encourage greener vehicles. This is in addition to the announcement that a range of hybrid taxis are being introduce to London’s roads in 2017. Zac has pledged to protect parks, woodlands and London’s “green belt” and to create more green spaces.

Both Zac and Sadiq agree on pushing the environment to the top of the agenda for London, and are in agreement on some specific policies such as opposing a third runway at Heathrow on the basis that it would create huge noise and air pollution for local residents. However it will be interesting to see which green vision for London voters buy into, and what policies the successful candidate is able actually able to implement.